Shove that dead body off the table and clear the forensics lab.  I've got some detective work to do. 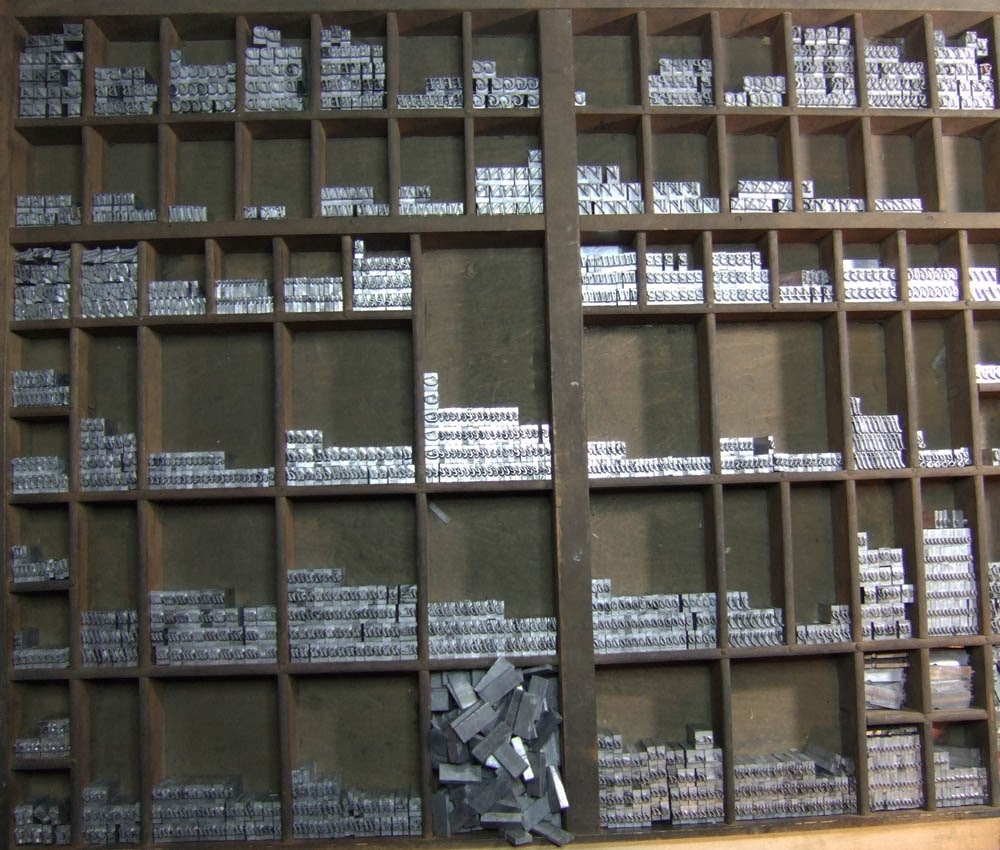 One down, fourteen to go.  I've finally fished all of the first batch of type out of the cleaner.  Take a good look at the photograph above because it's probably the last time you'll see it organized so nicely.  Once I begin to use it, it will probably look like the sloppy pile of spaces in the bottom compartment.  I took the time to line them up like this because it helps me see damage and inconsistencies faster. There are often type drawers with different sets of font mixed in the same drawer and I didn't want to end up with that mess. 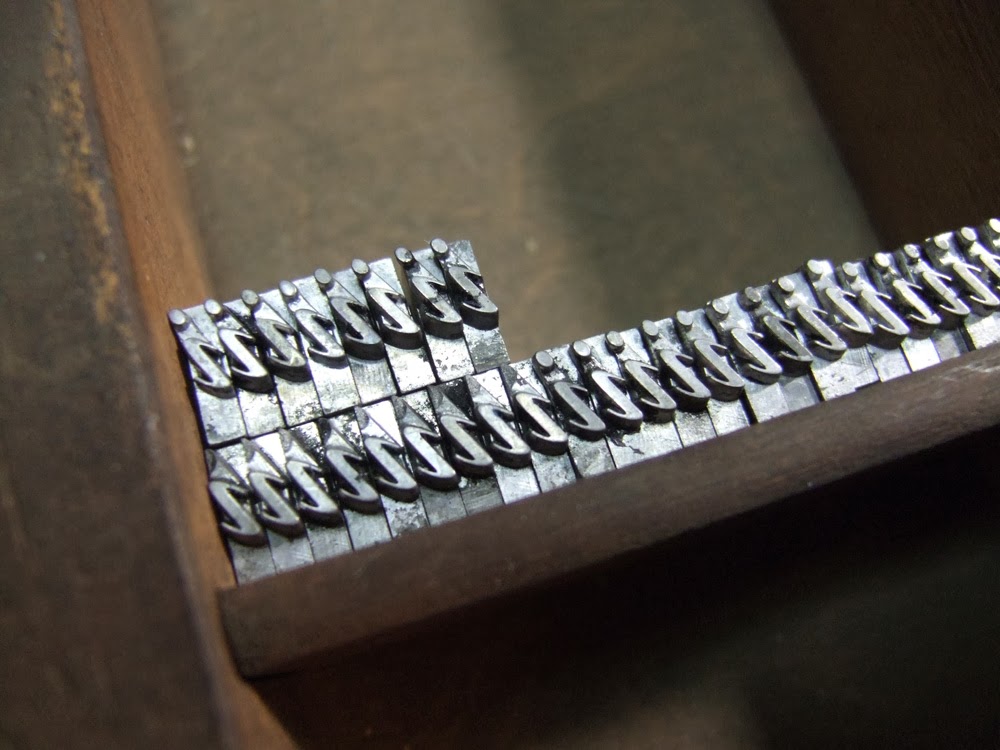 Being a used type set and languishing for years in boxes, I had a bad type lice infestation.  As you can see in the picture above, they chewed off nine of the dots on my lower case "i"s and ate all but one of my capital "o"s.  Ah, the price one pays for neglect.  Let me stop playing with you people.  Type lice is an old printer's joke.  Someone painstakingly sawed the dots off those "i"s.  My guess is that they had some sort of creative lock up that required something else in place of the dots.  It would've been clever if they used small dingbats; tiny hearts or stars perhaps?  Anyway, I'm keeping them around in case I get the itch to pull a trick like that.  What the hell happened to the rest of my capital "O"s I'll never know.  I'm hoping I'll get lucky and they will be hiding in another bag but it doesn't seem likely. 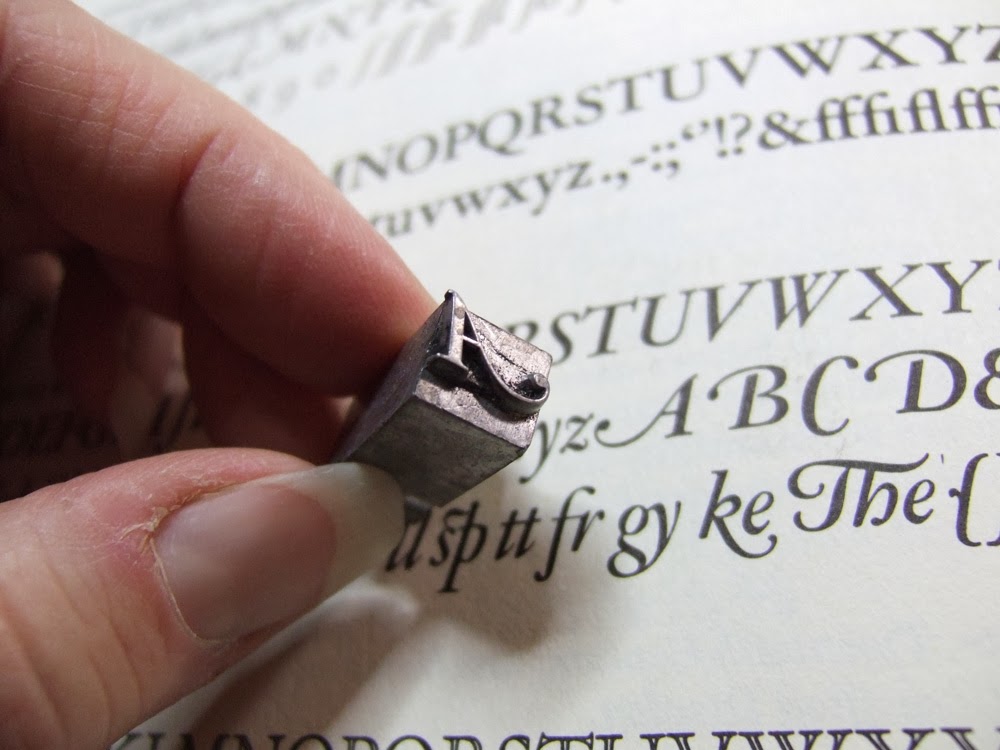 After I got everything nice and tidy it was time to play the "what-exactly-is-this?" game.  A little bird (named Garrett) recommended I try out identifont.com.  It utilizes a few different ways of deducing what sort of font you're trying to track down.  I opted for the 20 questions style of search.  It ended up telling me that I probably have a set of Amsterdamer Garamont.  No, fail.  Thanks for nothing.

Well, I shouldn't be so harsh.  At least it tipped me off that it was probably in the Garamond family before I cracked open my hard copy of "American Metal Typefaces of the Twentieth Century" by McGrew. (Anyone who does letterpress needs a copy of this like a preacher needs a bible.)  I found that what I have is a reasonable set of Garamond Bold Italic by Mono.

Good work detective.  This case is closed.
Posted by Lana Lambert at 4:40 PM

Before you "close the case", what did you use to clean your type?

I use Simple Green.