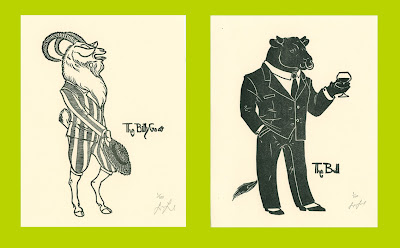 No, Pistoles Press has not died yet! I know it's been since March but I'm still in the game!
There has much that has transpired since my last post. I did finish printing my trilobites and squid prints and had a wonderful solo show at the McGuffey Art Center in Downtown Charlottesville, VA during July and August. I DID commit the cardinal sin of NOT posting about this here. Oops. There are reasons for this though. I do enjoy posting about the work I do but I found myself posting and documenting more than getting the art done. I was really feeling overwhelmed and burnt out towards the deadline for my show. Any artist will tell you putting together a solo show has the potential to leave one frizzled around the edges. But it was a great experience and I stood back for a little while and took a break.
In the meantime, VABC has moved it's location from the Ix Building on Elliot Ave. to underneath the Art Box in the Ivy Shopping Center. It's a move for the better but a smaller space and quite the crunch. I'll have to grab some photos to post!
As you can see above I have added two more gents to the collection of Farm People. The Bull is a suave character in his jet black suit and slick spats. The Billy goat is a dapper trickster in his seersucker suit and straw hat. I love his floppy ears! I've sketched out plans for the Nanny Goat but have yet to draw the cow. I can't decide between a "milk cow" concept or a "brown cow" concept. It's a bit hard to get around the "brown cow" concept when printed in black but I feel confident that people can recognize Jersey features from Holstein....maybe. On the other hand, I don't feel the need to render huge udders popping out from beneath a skirt hem! We'll just have to see how everything develops. 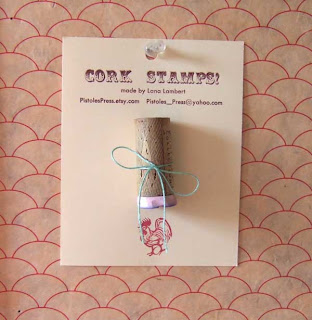 In other ventures, I've applied to do the Charlottesville Holiday Market this year. I've done the Farmer's Market a summer ago with good results. The experience was a fun one and the feeling from the place was really invigorating! I was hoping to peddle some cork stamps more so than the last time. In fact, most of my focus will be on them because they were way more popular than the prints. I did have some problems though. The first issue was that though the packaging was of my own design and was fun, it was tiring to create. I had measured and hand cut a template for a box and hand stamped my logo on it. Next you have to glue at least one side together and then later I found that you have to tape the bottom flap closed so it won't pop out and dump the stamp. To keep the stamp from rattling around in the box I wrapped it in tissue paper. All this creation and assemblage got old after about the 20th stamp. On top of that, after everything was finished and in a pretty display, people still wanted to take the stamp out and unwrap it before they decided they wanted to purchase it. I can understand that but it wore on the boxes if they didn't purchase. Lastly, after a single day of display out in the pretty spring sun, when I got home I realized that all of the stamps that didn't sell were severely faded. I didn't realize how fleeting stamp ink was in the sun! Some of the boxes I had to do over and that was really defeating. 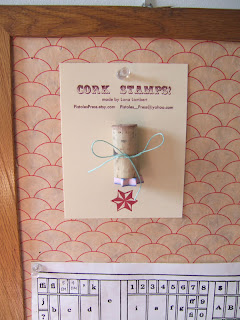 So, time for a change. I needed a concept that looked nice and wasn't overly labor intensive. I also wanted something sustainable and a display that people could actually see what they were purchasing. I had a copious amount of cream card stock that I had purchased for bookmaking. I also had a set of Tuscan Ombree type from Hill&Dale Foundry that I will cherish forever. (They are an AMAZING foundry!) I also have a canister of red rubber based ink that will last me until Jesus comes home. (I hope he'll want some letterpress invitations to his tribulation soiree!) Lastly, I have some cool cotton sage colored twine that I've been keeping around forever. Put these all together and you have my new concept to try for displaying my cork stamps. The rubber based ink won't fade out in the sun. The paper and twine will decompose and can be recycled. The stamp is visible almost in the round and there is a sample of its image on the bottom. I'm hoping the design will work out as I rather like it and they are so much quicker than the old package. The only problem I foresee is the sample image which is still in stamp ink. If they don't sell, the sun will fade them over time. I'm willing to risk this though. I usually do letterpress runs of no less than 100 and if I have to replace them I've already printed 200. Wish me luck!
Posted by Lana Lambert at 8:55 AM 4 comments: