Well, it's been a long silence has it not?  This was a busy year.  Then again, they usually are.  I'm glad my life is full of things to keep me occupied. I don't think I'll ever find myself in the corner of an empty room lamenting a lack of inspiration.  If anything, I will lament not having enough time to get everything I want to get done.  I am notorious for having too many irons in the fire. 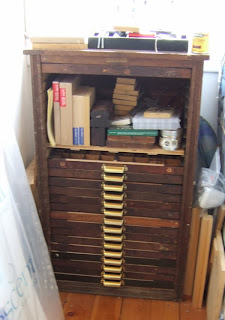 Take my latest success. Here we have a type cabinet I purchased at least 6 years ago.  It is common to find type cabinet drawers in antique/junk stores across the country.  It is uncommon to find the original cabinet in which those drawers were kept.  I have only 15 drawers for this cabinet because the gentleman I had purchased it from had procured dustless drawers for a cabinet that was designed for flat drawers.  Dustless type drawers were an innovation for type drawers in that there was a lip on the draws that supposedly kept dust from collecting in the drawers.  Subsequently, the cabinets were built with spacers to accommodate such.  Traditional cabinets, like mine, were not.  Putting dustless drawers in a traditional cabinet meant skipping drawer spaces in order for the drawers to move properly.  What a pain.  I often wonder if the "dustless" innovation was worth it because any printmaker will tell you it's a dirty affair and a working letterpress shop is going to inevitably get dirty.

When I first got it, I took all the drawers out and cleaned the cabinet and gave it a murphy's oil soap bath.  My brother-in-law, who is a cabinet maker, was kind enough to take each drawer and cut off the "dustless" lip.  You can see the fresh cut on the photo below.  Then, I had to move out of McGuffey Art Center and everything languished for years in my house.  By chance last year, I found some brass drawer pulls at Lowe's on clearance for $1.50 each.  Yesterday, the bug bit me and I set about installing the drawer pulls and now my type cabinet is ready to receive the type that is sitting in boxes in need of sorting. That's going to be a big undertaking but maybe my momentum will carry me through . . . 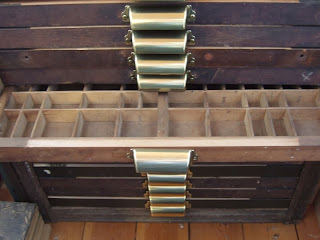 The James River Artisan Festival went better than expected.  I'll have to put together a post on that but later.  That whole month of September felt like a total crunch.  The James River Artisan Festival had to go off without a hitch.  At the same time, Garrett and I were to do a repeat performance at the Virginia Folklife Showcase.  And, at the same time, Frank Riccio and I were working on a book project together that culminated in an edition of popup books called Poison Sisters.  Needless to say, I was burnt out and I needed a little room to breath. 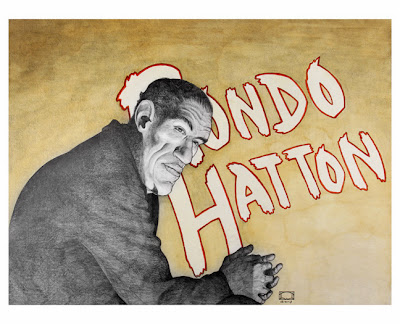 It was time for a project on something I wanted to enjoy.  A friend and I share a mutual love of old horror movies and golden age cinema actors.  We decided to do an art trade and she wanted a portrait of Rondo Hatton.  I've been meaning to do something like this for a while.  I took a fair amount of in progress pictures and am hoping to make a more in depth post about this later 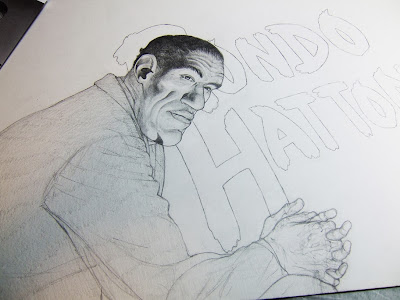 In a herculean effort, Frank Riccio and I gave birth to an edition of books we call Poison Sisters.  It features a dreamlike series of pop-ups about the poison sisters Belladonna and Datura.  We used illustrations from each of us.  Frank has a technique for getting a beautiful painterly looking texture on paper with the vandercook.  It worked great and gave a really rich feel to match our japanese silk binding cloth and italian marbled paper.  We rolled out the dog for this one. 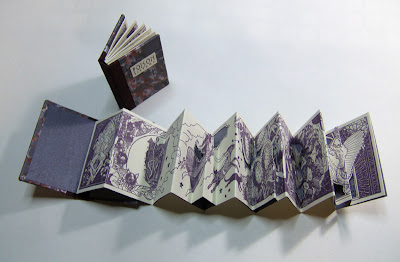 There were many stages to this design.  It was a tremendous project that I am still floored that we finished on time.